The Biography of Archimedes

Archimedes is one of the most well-known academicians, his work can be accredited in numerous fields and mathematics is inclusive in this aspect. Many of his ideas are still functional; the man excelled in dichotomous subjects and left behind various inventions too. However this piece of writing is specifically dedicated to his mathematical progress and achievements. 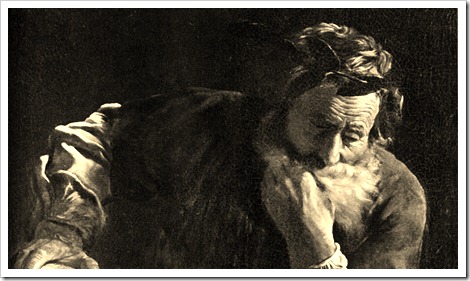 Archimedes of Syracuse (c. 287 BC – c. 212 BC) contributed a lot to many different academic categories; hence he can easily be categorized as a mathematician, physicist, inventor, engineer and astronomer. The mathematician mentions his father’s name in Sand Reckoner as Phidias. His friend Heracleides wrote a biography on him, this however was lost and as a result a lot of information regarding Archimedes remains hidden. As far as his location of education is concerned, many claim that he studied at Alexandria, Egypt; whilst other significant portions related to his marital status or whether he had children remain unknown.

One of the most famous examples of his mathematical discoveries includes how he figured out the volume of an irregular shape. This discovery took place in Archimedes’ bath tub with a gold crown which was supposed to be detected for any silver substitution. This incident is relative to Archimedes’ Principle in hydrostatics and hence was a major contribution made by the mathematician.The Archimedes screw which was initially developed as an idea by the great mind can be accredited in many different types of machinery.

Out of the many inventions, Archimedes Heat Ray was a technique which was supposedly meant to make ships catch fire through mirrors and proper reflection. The Archimedes Claw was also an invention intended to destroy the enemy. He also worked a lot of levers and leverage in ‘On the Equilibrium of Planes’.

He was able to utilize the Method of Exhaustion and figure out the approximate value of pi, he was the man behind proving that the area of a circle is (pi multiplied by radius squared). Some of his mathematical work includes ‘On the Sphere and Cylinder’, also ‘In Measurement of a Circle’ he focuses on the square root of 3. Additionally in ‘The Quadrature of the Parabola’ he focused on the area outlined by a parabola and straight line. An interesting piece of work was ‘The Sand Reckoner’ which presumed the grains of sand possibly present in the world. ‘On Spirals’ was based upon the Archimedean spiral, whilst ‘On Conoids and Spheroids’ is a book centered upon the areas and volumes of cones, spheres and paraboloids. ‘On Floating Bodies’ relates the law of equilibrium in different perspectives, he also came up with a dissection puzzle known as ‘O Stomachion’. His book ‘The Method of Mechanical Theorems’ reveals much about the infinitesimals.

Archimedes passed away during the Second Punic War, where under General Marcus Claudius Marcellus the Romans invaded the city of Syracuse after a siege of two years. His tomb carried a sculpture that represented mathematical proof which encompassed a sphere and cylinder with same height and diameter. This great man had managed to prove that the surface and volume of the sphere are two thirds of the cylinder, inclusive with bases. Unfortunately the tomb’s location isn’t known till this day. Long after his death, many interpretations of his life were written by numerous historians in Ancient Rome.

The Biography of Andrew Wiles

The Biography of Philosopher Aristotle

The Biography of King Oedipus

The Biography of Niels Henrik Abel

The Biography of Luca Pacioli

The Biography of Liu Hui

The Biography of Leonhard Euler